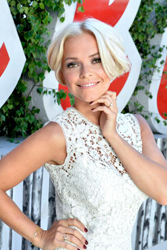 Petra Linnea Paula Marklund is a Swedish singer and songwriter, born in Stockholm on September 12, 1984. She is internationally best known by the stage name September, an alias that finds its roots in Petra being called a real ‘September child’ by her parents during her childhood.

First record deal and September
Petra was still in high school when Jonas, Niclas and Anoo approached her, looking for just the right unique voice that could lift their tunes to something that would move people on, as well as outside of, the dance floor. When the four first met up, Petra mostly sang jazz. Before turning twenty, Petra gained a record deal at Stockholm Records.

Petra: “I remember hearing my own song on the dancefloor while I was working.”

Her debut single “La La La (Never Give It Up)” and follow-up “We Can Do It” charted well in Sweden, and even got some airplay in other countries such as Romania. The self-titled debut album September was released on February 11, 2004, with the third and final single “September All Over” released one week after.

In Orbit and international breakthrough 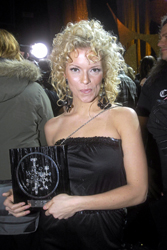 Second album In Orbit was released in Scandinavia on October 26, 2005 on the newly established label Catchy Tunes. The first single off the album was “Satellites“, which can be branded as one of Petra’s biggest international hits: it charted in over seven countries (including the US, the UK, Poland and Germany) and peaked at #8 on the US Billboard Hot Dance Airplay chart. Petra has since been performing all over the world. “Looking For Love“, the second single off the album, hit the charts too and still popped up in warehouses throughout Europe years later.

The third single off In Orbit was the downtempo “Flowers On The Grave“, a ballad about losing the love of your life. “It Doesn’t Matter” was released as a radio-only single and whilst not becoming a hit in Sweden, it charted in Poland, Romania and Russia. In February 2006, In Orbit was awarded a Grammis Award in the category Årets Klubb/Dans (Club/Dance of the Year).

Petra: “Being #1 on Billboard was fun mainly because it proved that people really appreciate what we’re doing.”

The fifth and final single taken from In Orbit was “Cry For You“, released in Scandinavia on November 29, 2006. It became an international chart-topping single, and September’s biggest international hit to date. It reached the top 10 in over ten countries and reached #1 on the US Billboard Hot Dance Airplay chart! As of November 2010, the single has sold over 500.000 copies in the US, receiving Gold certification. It’s the first Swedish single to achieve this certification in the US since 1998. Ultimately, the single was nominated for the Government’s Music Export Prize 2008 in Sweden for selling over a million copies worldwide. 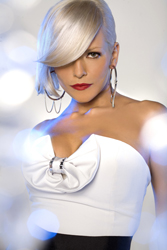 The third September album was released on September 26, 2007. While making Dancing Shoes, Petra, Jonas, Anoo and Niclas really found their way of working together. By then, they all knew each other incredibly well, and always got inspired by the others’ ideas. The first single off Dancing Shoes was “Can’t Get Over“, which became a hit in Europe and the US in 2007/2008. For the 2009 UK release, a new futuristic music video was created to go with the UK edit to the song.

Petra: “Dancing Shoes is probably a bit more crazy than In Orbit. I’ve been much more open about my own visions on this record, and so have the others.”

Petra: “This time, I’ve really tried to enter each song in a different way. I’ve even sung quite badly here and there, almost out of tune, if it felt necessary for the song.”

“Until I Die” was the final single from the album to get a music video. The song peaked at #5 and #6 in Sweden and Poland, respectively. Fourth and final single “Because I Love You” didn’t become a chart success, though it gained some airplay in the Netherlands. Dancing Shoes was nominated for a Grammis Award in the category Årets Dans/Hip Hop/Soul (Dance/Hip Hop/Soul of the Year). 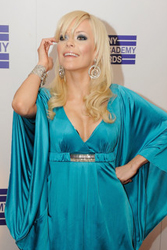 “Cry For You” was picked up by UK label Hard2Beat Records in 2008, and became a huge success once again. For the UK release, German DJ Dave Ramone created a new UK edit and a new music video was made as well. Both music videos have together been watched over 50 million times on YouTube. Following the success of “Cry For You” and “Can’t Get Over” in the UK, some classic September hits were remixed and featured on Cry For You – The Album. The album was released on August 2, 2009, including hit singles, some of Petra’s favourite album tracks, the previously unreleased “Sin Of My Own” and the new song “Leave It All Behind”. 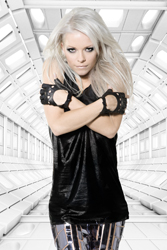 Among the new remixes was “Until I Die”, which was due for release on July 27, 2009 as the follow-up to “Can’t Get Over”. A new video edit had been made, promos had been sent out, tracklistings had been published – the single was ready for release yet suddenly got cancelled, with the album’s release date pushed back. Rumours suggested Hard2Beat scrapped the release as the song failed to make it to BBC Radio 1’s playlist. Less than two weeks later, the CD and 12″ vinyl versions of the album were cancelled as well, remaining only the digital download. 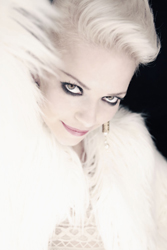 Fourth studio album Love CPR was released digitally in Scandinavia on February 14, 2011 (Valentine’s Day), with the physical version released two days later. The album was also released in various other markets, including Poland, the Czech Republic, the Benelux, Australia, South Africa and the US. Besides Jonas von der Burg, Petra also worked with other producers on the album. Credits include the likes of StoneBridge, Cutfather, Lucas Secon and Jaakko Salovaara, amongst others. The first single was “Resuscitate Me“, released in Scandinavia on November 19, 2010. Around that time, Petra participated in the new Swedish TV show Så mycket bättre (So much better). The participants in this show were Swedish musicians who covered each other’s songs. Petra’s cover of Petter’s “Mikrofonkåt” became a huge success. It was certified 8x Platinum in Sweden! 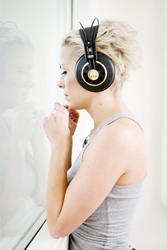 Due to the success of “Mikrofonkåt” in Sweden, an English version of the song was recorded: “Me & My Microphone“. It was released around the world, with progressive house/electro remixes by Alex Lamb, Casado & Daif, Kenny Hayes, Mick Kastenholt & Andrew Dee, Punchy, Rudedog and Steve Smart & WestFunk. Follow-up single “Party In My Head” was produced by Cutfather, Daniel Davidsen, Peter Wallevik and Lucas Secon, who also worked with Kylie Minogue. The music videos for “Me & My Microphone” and “Party In My Head” were shot in New York. The final single off Love CPR was “Hands Up“, released exclusively in the United States, Canada and Poland.

Petra goes indie: Inferno
During the Love CPR songwriting sessions, Petra got in touch with Daniel Ledinsky and Saska Becker. The three teamed up with Joakim Berg from Swedish rock band Kent and created the Grammis Award-nominated indie rock album Inferno. The album was announced in mid 2012 and would be released under Petra’s real name, to distinguish from September. It was released on October 17, 2012 on Razzia Records and is influenced by Depeche Mode, Florence + The Machine and Coldplay, as Petra declared herself.

Petra: “I am both pleased and a little excited to finally release this album. It has been absolutely amazing and inspiring to work with Daniel, Saska and Jocke during this time. This album has been in my mind for quite a long time so it feels great that it’s finished now.” 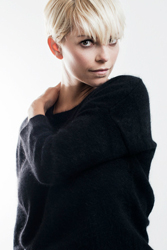 First single “Händerna mot himlen” (Hands to the sky) kicked Adele’s “Skyfall” and PSY’s “Gangnam Style” from the #1 spot on the Swedish iTunes chart, received Gold certification just after the album release and was branded the most-played song by a female singer on Spotify in early 2013. Ultimately, it was certified 6x Platinum in May 2015. Follow-up “Sanningen“, a more emotional song, was released with an extraordinary music video which shows Petra floating down the snowy streets of Stockholm. The last single from the album was “Förlorad värld“, which was released with a 3D video experience to thank everyone who visited Petra’s tour.

Singing along in Stockholm 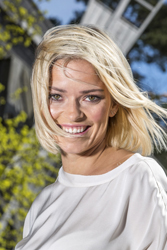 After having performed on the show as September in 2011 and under her own name in 2013, Petra presented the Swedish sing-along show Allsång på Skansen in the summers of 2014 and 2015. The show was broadcast live from Stockholm on SVT1 on Tuesdays, eight episodes a season, and featured performances from both international and domestic artists. During the final episode of her second season, Petra announced she would not return as the show’s presenter the next year, to be able to focus on her own music. The news resulted in Allsång becoming the top trending topic on Twitter that evening. 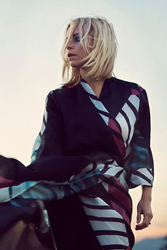 To initiate buzz for Petra’s second Swedish album Ensam inte stark, the single “Det som händer i Göteborg (Stannar i Göteborg)” was released in mid 2015. Petra wrote the track in Gothenburg, and explained that it symbolizes her pleasant visits to the city. It was not featured on the album. Follow-up “Som du bäddar” was released in September, with the music video seeing its premiere on the website of Swedish newspaper Expressen in October. The video visualizes Petra missing someone in times others celebrate.

Ensam inte stark was released on 13 November 2015 and peaked at #11 on the Swedish album charts. In May 2016, “Alla känner apan” was turned into a tropical house track by Swedish producer Martin Hanzén – also known by the alias of Punchy – for the single release.